I’ve rediscovered tennis. I played when I was a teenager and rarely has a year passed when I didn’t play a few games, but this spring, I signed up for a town round-robin and found myself playing regularly twice a week for the first time in ages. 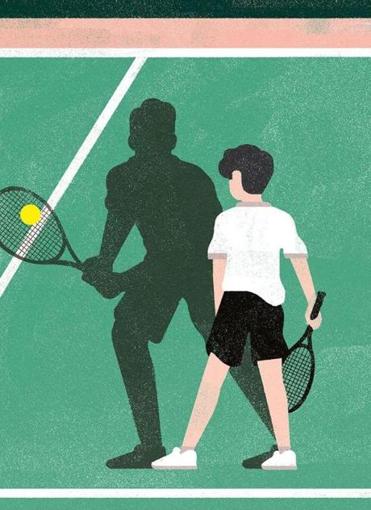 Thinking about the game — my game — took my brain all sorts of places and I wrote about it for the Boston Globe Magazine:

There’s a rhythm to tennis.

At a town round robin, I found myself across the net from a new acquaintance named Rick, a decade or more my senior. We played competitively, and I enjoyed his company even though we barely spoke. “Good shot!” we might say, before retreating to the base line for the next point.

Playing with Rick reminded me of my father, although Rick doesn’t look like my father.

Kudos to Andrea Mongia for that wonderful illustration.